Saw this via a tweet from Kate B, one of the tutors from NLSSM.

Could be a useful read, especially if you do a lot of work with runners!
Posted by Richard at 08:06 No comments:


There are several anatomy apps available for the iPhone and iPad, and I guess there are some for Android and other platforms too but I'm a Mac user, so these are the ones I've been looking at! 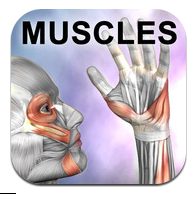 Both are by the same developer Real Bodywork.  Muscles is an iPhone app that allows you to see muscles in their locations and relative positions.

You can choose the area you want to study, e.g. arm, torso etc, either pick out a muscle or just go through them. It's quite useful for getting the orientation and placement of some of the muscle groups. 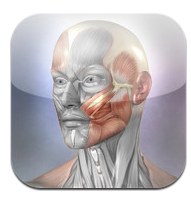 The app will work on the iPad, but only as a small screen size equivalent to the iPhone. Okay if you don't want to buy two apps! If you don't mind buying one app for the phone and one for the tablet, then their iPad offering is rather entertaining!

Offering three-dimensional views, you can rotate a skeleton through 360 degrees, adding and revving muscles as it goes. Then, if you want to look say at the shoulder, you can do that and rotate it too.

Neither app is a complete guide to every muscle, but it seems to cover most of what we need. At the moment there is a special offer on the iPad app, but it might not be there much longer.

If anybody else has an app they use, share the news!